"Every hospital has a private area where Doctors go to get a cup of coffee and get together to talk amongst themselves to discuss medical and health care matters... This show is a window into the private conversations doctors have that impact your world."

The research and information errors and outright fraud in the data have been maddening for our physicians on the front lines of care.

Host Dr. Hal Scherz steps back into the Doctor’s Lounge to act as our COVID Truth Detector- separating fact from fiction.

We are a mere two months from a presidential election.

Dr. Scherz will look into the past policies of candidate Biden to determine the impact of a Biden Presidency on American health care.

With a long history of centralizing health care in Washington, DC, Biden has surrounded himself with voices pushing for greater control than the PPACA instituted.

A Giant has passed.

Herman Cain was a long time champion of the doctor-patient relationship, fighting alongside the Docs 4 Patient Care Foundation for years.

Host Dr. Hal Scherz, a long time personal friend of Cain, will unpack the impact of the man in his battle (public and private) to deliver health care to America and protect the greatest health care system on earth.

Expect multiple guests and some of the best sound bites from Cain himself during his many times speaking at D4PCF events.

The Front Lines Get Messy

There has been a rumbling under the surface for months as physicians quietly questioned the approach to managing the COVID-19 infection.

Beyond the staggering retraction of policymaking studies in Lancet & NEJM. Beyond the incoherent and inconsistent application of mitigation measures by politicians. Beyond pharmacies overriding physician clinical judgment. Things are coming to a head.

Host Dr. Scott Barbour will speak about America’s Frontline Doctors’ experience in DC. Not just the pressers and attacks, but what happened behind the scenes.

Mis-information and mistakes in the middle of a crisis are to be expected. In the military, it’s commonly known as the “fog of war”. Great leaders make the tough calls and navigate through this fog to victory. For this pandemic, it has been something more. What happens when your own people exaggerate circumstances and repeatedly provide fraudulent data?

Impact of “Medicare for All” on Doctors 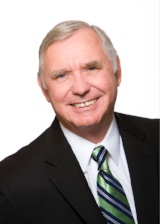 Long time friend of D4PCF Bob Moffit has an interesting take on “Medicare for All” grounded in the law of unintended consequences.  Government health care take over will worsen the doctor shortage.

Host Hal Scherz, M.D. invites Robert Moffit, Ph.D of the Heritage Foundation into the Doctor’s Lounge to discuss the opinion piece, the thought leaders in the Democrat party’s embrace of socialism, and what the ideas will mean for the delivery of doctor care to patients.

From Moffit’s editorial – How “Medicare for All” Bills Would Worsen the Doctor Shortage appearing in newspapers nationwide this week….

“Medicare for All” may sound good to some Americans – until they take a closer look at how it would actually work.

Take something pretty basic: how it would affect the number of medical professionals we have in this country. “Medicare for All” would drive out many doctors and nurses – and compromise the accessibility and quality of medical care for millions of Americans.

The reason: “Medicare for All” bills mandate major payment reductions for America’s health care workforce. Vermont Sen. Bernie Sanders’ bill, for example, would use today’s Medicare payment system for reimbursing doctors, hospitals and other medical professionals. Medicare rates are fixed by law and regulation, not some private market-style “negotiation.” Those rates are set significantly below private sector rates, and often…

Josh Umbehr, M.D. and Chad Savage, M.D. sat down with host Michael Koriwchak, M.D. after speaking from the main stage at DPC 2018 in Orlando.

Health Sharing and the Politics of Health Care

Join Host Mike Koriwchak, M.D. in this week’s Doctor’s Lounge as we travel back to DPC 2018 and explore the best interviews recorded live at the annual conference. 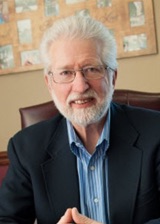 io: Dale Bellis is currently the Executive Director of Liberty HealthShare. He led the reorganization plan two years ago that launched Liberty HealthShare under the terms of the Affordable Care Act for healthcare sharing ministries. Liberty HealthShare dates its origins to the mid-1980s. Mr. Bellis began his work in healthcare as an Executive Administrator with the First cost-sharing group ever begun in modern times. When he started in 1988 there were 1000 families participating. When he left in 2001 there were 25,000 families sharing medical bills. He was instrumental in passing legislation in 11 states exempting cost sharing from insurance regulations. 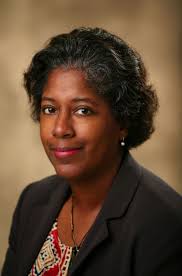 Bio: Dr Elaina George is a Board Certified Otolaryngologist. Her interest in the politics of healthcare and the reform effort have led her to become both a powerful voice for the practicing physician, an advocate for the patient, and a healthcare policy analyst specializing in healthcare consumer driven solutions. She graduated from Princeton University with a degree in Biology.

She has published in several scientific journals and presented her research at national meetings. As a solo practitioner in private practice who is also a small business owner, she has a unique perspective on the problems of health care delivery, the true costs of healthcare and viable solutions. Dr George is a recipient of the Patients’ Choice Award in 2008 and 2009. She was honored with membership in The Leading Physicians of the World and Who’s Who Top Doctors Honors Edition.

She is a member of the National Physicians Council on Healthcare Policy and is a contributor to a wide variety of websites including BigGovernment.com, Newmediajournal.us, and Amy Ridenour’s National Center Blog. Dr George has been a recurring guest discussing a wide range of medical topics from Your World with Neil Cavuto, Financial Survival Network With Kerry Lutz and Newsmax, to appearances on Frances & Friends to discuss the consequences of healthcare reform with a world wide audience of over 500 million people. She has also been a medical expert on a range of shows including The Bill Cunningham Show, Lions of Liberty, The Barry Farber Show, and The Kev Baker Show. Dr George hosts her own show, Medicine On Call, a weekly talk show that explores health issues and the politics of medicine on Americas Web Radio and Liberty Talk.fm Radio. She is the author of Big Medicine: The cost of Corporate Control And How Doctors And Patients Working Together Can Rebuild A Better System – A book which explores how the US healthcare system has evolved and explains how patients and doctors can create a healthcare system that is based on the principles of price transparency with the power of the doctor patient relationship.

CON (Certificate of Need) laws still are enforced in states across the land.  Dr. Hal Scherz caused a stir with his commentary in the Georgia Health News as he exposed the folly of requiring a state certificate to build new health care facilities.

The CON is on and Dr. Scherz explores the problem on our next Doctor’s Lounge Radio Show.

Read his Commentary –
In his recent State of the Union address, President Trump pointed out that although progress is being made on a variety of health care issues, health care costs are just too expensive for the average American.

One reason is this: Hospitals are the most expensive delivery point in the health care system, and ironically, an increasing amount of medical care is being directed there. Complicating this issue is that no one can be sure how much a hospital will charge.

Two patients can receive identical services and leave the hospital with vastly different bills. Furthermore, because of bizarre payments by insurance companies, care in the hospital can cost five to 10 times more than care by the same doctor in an outpatient setting not owned by the hospital.

Due to high deductibles and co-pays, patients now…